How to Play PowerPoint on HTC Flyer


The year 2010 seemed to be the sole show of Apple iPad, but now it has turned into a war in the tablet market. On March 2 when Steve Jobs announced the release of iPad 2, he confidently said 2011 would be “the year of iPad 2”, but now he has to be aware of the difficult situation around Apple. Many other manufacturers released or claimed to release their own tablets, such as Samsung Galaxy Tab, Motorola Xoom, Blackberry Playbook, HP TouchPad, etc. The giant in Smartphone industry, HTC, released its new first tablet HTC Flyer, too.
The HTC Flyer is equipped with a 7-inch multi-touch screen display with 1024x600 resolution and it runs with Qualcomm Snapdragon 1.5 GHz single-core CPU, 1GB RAM, 32 GB flash storage, based on Android Gingerbread 2.4 system. The high resolution enables it to do justice to 1080p video playback like 3GP, 3G2, MP4, WMV, AVI, XVID.
With the popularization of tablet, the needs of using tablet to replace some functions of PC will become more frequently, like web browsing, playing games, viewing PowerPoint, etc. The former two have become real while PowerPoint still cannot be played directly on tablets. Good news is that with the help of the PowerPoint to HTC Flyer video converter Moyea PPT to Video Converter, dreams will come true.
How to convert PowerPoint to HTC Flyer video? It’s quite simple actually. 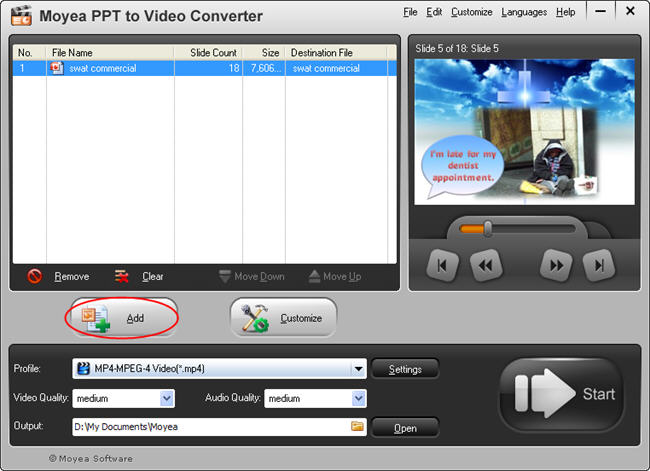 Then, select an output video format for HTC Flyer, for example HD MP4 to make full use of the 1024x600 resolution. 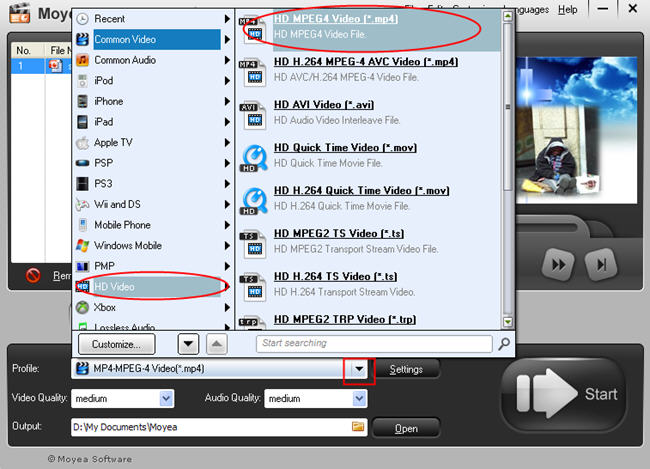 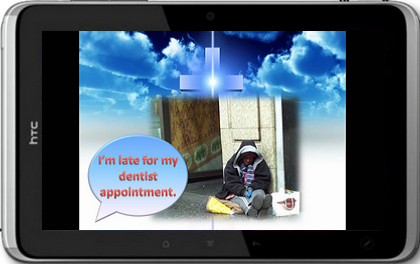